Not that I dislike the gas mask fetish per se, its just not especially my cup of tea. However, this past weekend I came across a nest of gas mask pics and, for whatever reason, the muse kicked me in the face and set me to work. I’m not sure why gas mask imagery has never really appealed to me; any more than I understand why its such a turn-on for others. I guess if I had some deep and insightful understanding of sexual fetishes, I’d have a book deal by now.

So, for whatever reason, when I came across this particular series of images, what really grabbed my interest was the contrast. Now, as I was remarking over the weekend (though for no reason connected to this update): contrast is the foundation of all design. Whether its contrast between form, color, or aesthetic, the difference between A and B is where interesting things happen.

In this case, I found the contrast between the beautiful lines of the female form and the harsh, industrial design of a gas mask to be very striking. Striking, but just the imagery of a woman wearing such a mask doesn’t elicit interest from me…unless there’s something brainwashy (new adverb) happening inside the mask. Fortunately, my imagination was prepared to supply all manner of such naughtiness and so I have not one, but a trio of thus-themed animated manips to share with you today.

I find bondage to be especially potent here. The image of a woman encased in this foreboding mask, unable to shut out the sights or sounds engulfing her senses while her limbs are restrained from affecting any sort of aid…I don’t know, it works for me. One interesting side note on this first piece is the inclusion of the electrical cord. I hadn’t originally planned for it. As I was finishing up the work on the mask I suddenly realized that there was an electrical outlet in the corner. I was probably thinking of something from Tabico’s Rewired, when I decided it would be fun to see this helmet plugged in.

Now, one thing I do have plenty of appreciation for is good rope-work. I appreciate the craft in and of itself, and particularly the contrast here of thick black cords wrapping over smooth skin. That ended up becoming the jumping off point for the caption and provided a neat way of (pun alert) tying it all together.

And finally we come to the beginning. This was actually the first manip I finished from this batch. The riveted stare of the model and imagery of her pulling this mask over her face was so compelling. I had to think about the story a bit to explain why she’d already be so tranced-looking before she’s wearing the mask. Rather than a problem, it became an opportunity and the combination of the light spilling out of the mask and her blankness were a potent mix.

So, if not before, how about now; do YOU have a tingly-feeling for gas masks?

As always, your comments, questions, and suggestions are welcome and thanks all for checking out this latest round. 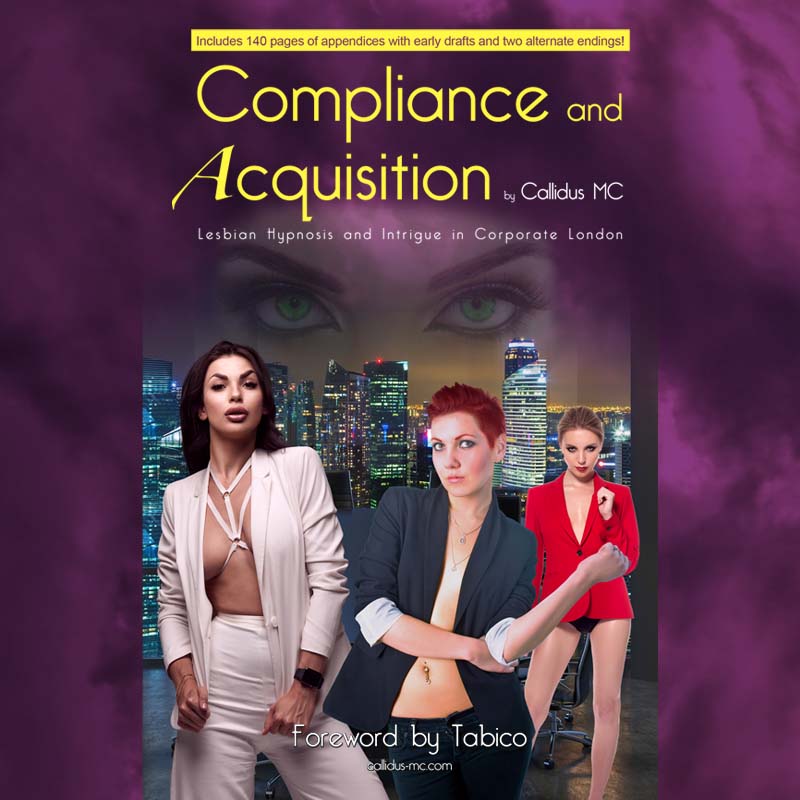 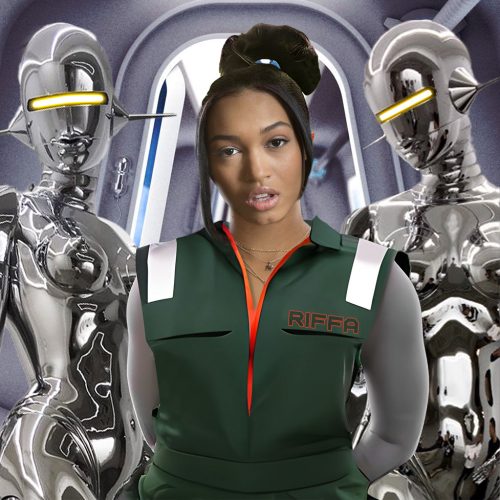 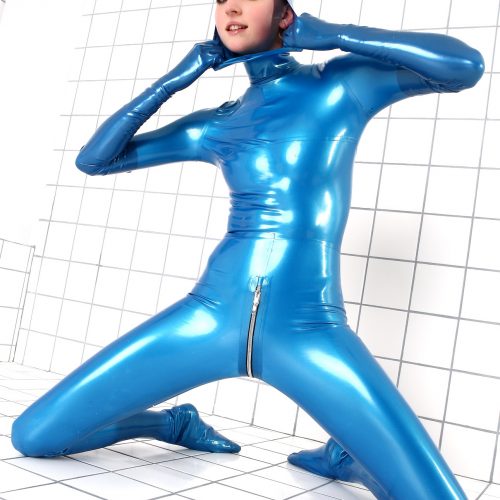 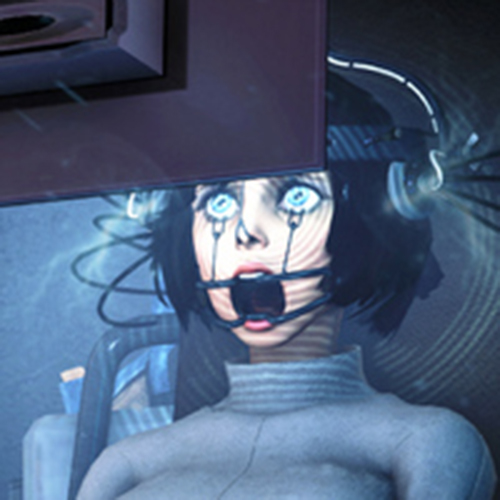