A team of highly-trained women try to regroup after their incursion into the hive goes horribly wrong.
[ info ]
Published on August 6, 2020
- Featuring Alexa Loren
- Original Media Source: www.murhaaya.com
Image 1 of 3 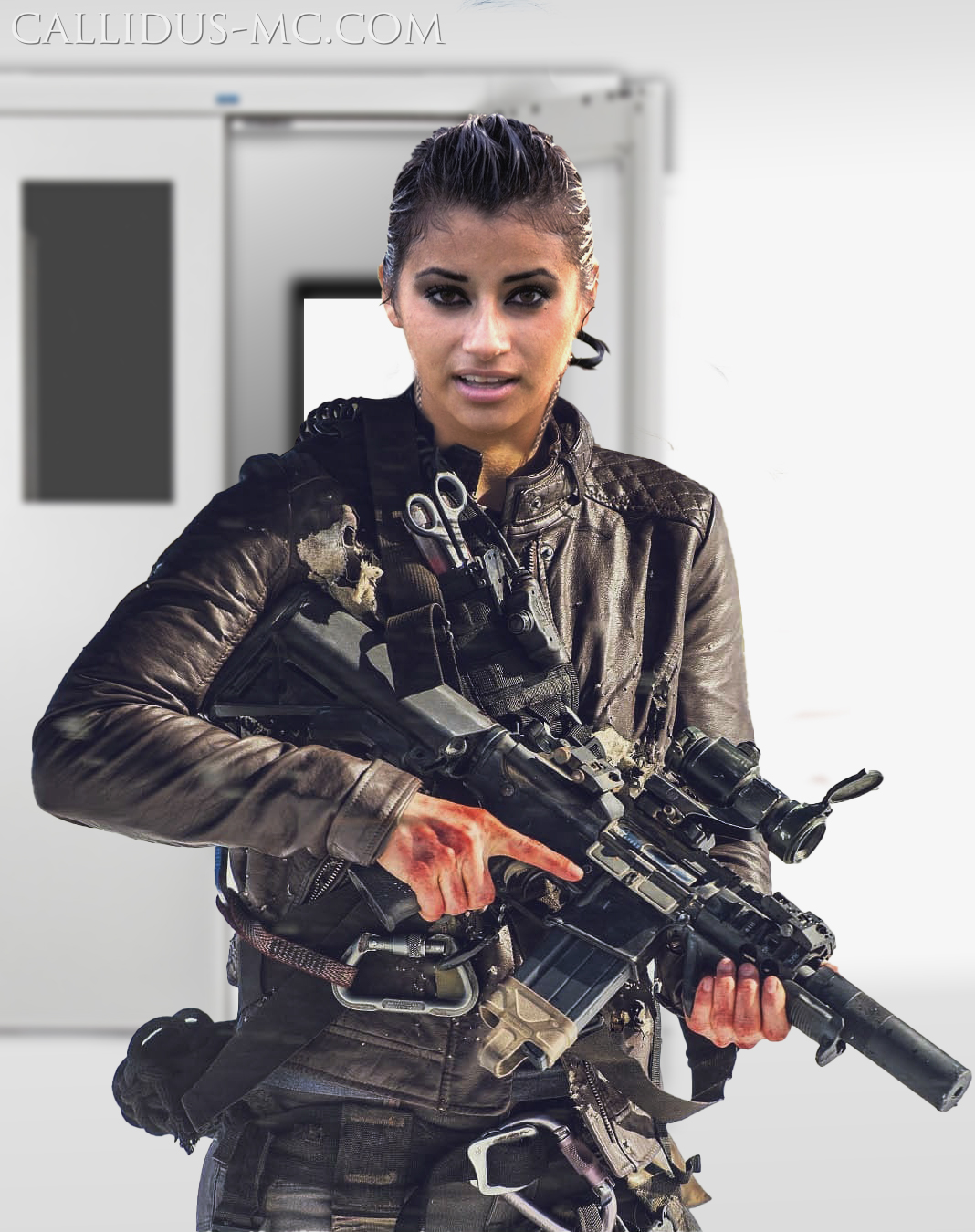 “Blast it all, where the hell are- SOPHIE!!!” Rodriguez felt a pinch in her neck as she whipped her head back fast enough to give her herself whiplash. She’d been scanning each of the dozens of all-white rooms that lined both sides of this corridor. But she was expecting more sentry drones, not another lost team member.

She looked the other woman over, shaking her head in something like disbelief. “I gotta tell you, that getup is kinda brilliant,” Rodriquez motioned to Sophie’s new outfit. “I would never have recognized you if it weren’t for Rux.” She nodded to Sophie’s discarded pack and the signature teddy bear that hung from it. The bag lay just beside the rest of Sophie’s clothes. The tactical gear stood in stark contrast to the solid white floor and wall of the chamber.

Their intel hadn’t offered much about what these rooms were used for but the team was confident there was little to no foot traffic in this part of the complex. Or as confident as they could be, given how badly things had gone wrong.

Their incursion into the hive facility was always going to end with the team being discovered. Every scenario they’d conceived and practiced ended with the hive going on full alert and the team performing a rapid retreat along one of the handful of exit paths they’d identified. They’d planned on fighting off drones and the various mechanoid defenses the hive would throw at them.

They hadn’t planned on being split up.

Everything went south at the elevator bank. The unscheduled sentry group that had arrived and gotten in queue meant there were now more drones than the team could stun and still maintain stealth. They might’ve saved the situation despite that but one of the lifts opened at exactly the wrong moment and just happened to have a Minder riding aboard.

Rodriguez recalled the strange way she felt no panic at all as the robot floated out of the lift and towards the group. She just felt intense curiosity as its mechanical tentacles stretched out towards them while the doors to its inner cavity opened like the petals of a chrome flower. Inside was a hollow space the size of a watermelon with a large opening that ran down one side and reached all the way to the bottom of its spherical body.

It pulsed with light and infrasound and Rodriquez felt she was on the verge of understanding something important. Then, her training kicked in and she remembered that the first stage of falling under a Minder’s influence felt like having a question you couldn’t quite put into words.

She and Mila had gone weapons hot at almost the exact same instant.

The drones, still facing away from them, had been taken by surprise and froze for an instant giving the team a precious few moments to thin their numbers. Unfortunately, one of their stun charges hit a power conduit and cut off the lights in the lift area plunging everyone into near darkness. From then on, the flash of their weapons lit the scene like a rave.

Drones covered head to toe in inky black latex, their gloved hands reaching for arms and legs in the strobing light, trying to capture bodies and separate hands from weapons. Several of their number seized and collapsed as they fell to the team’s stunner fire.

A handful of shoe-box sized rover bots scuttled across the floor on their tiny wheels. They chirped unhappily and tried to escape the downpour of boots and heels raining down all around them. Whatever their role was in the hive, they seemed to want no part of the firefight that had erupted in front of the elevators.

The Minder continued to glow as it slowly advanced, emitting soft, throbbing light from the tips of its metallic limbs and beneath the layers of its body as the deep pulses of bass from within it grew louder.

Suddenly there was a shout as a weapon clattered to the floor. The drones had Spencer by the arms and torso and they were dragging her towards the Minder! The head-shaped cavity within its body surged to life, rays of every color light streamed out, illuminating the struggling woman’s horror-struck face. The drones pressed on the back of her head and began forcing it inside the Minder.

Rodriguez shouted for help as she ran towards the group of struggling bodies but she could already see that Mila, Jynx and Sophie were throwing everything they had to keep the other drones at bay. There was no time for anything fancy.

In another moment, the steel petals would clamp shut, trapping Spencer’s head within. Then, the Minder would begin bombarding her with every mind-breaking tool in its arsenal. Minders were tough, by the time they disabled it and cut her free… she might not remember who Spencer was.

With the hive pouring more reinforcements into their location, they’d be lucky if they didn’t all wind up with one of the hideous machines clamped around their heads, pouring obedience and sexual bliss into their minds while it sat perched on their shoulders with its tentacles roaming over their nude, glistening bodies.

Rodriguez drove the image from her mind as she leaped and threw herself sideways at the procession just as Spencer’s head began to disappear inside the mechanical beast. They all crashed to the ground in a tangle of limbs. Rodriguez felt something that wasn’t slick latex under her boot and shoved hard, kicking Spencer out of the way. Then she began frantically stabbing at the flesh beneath her with a stun-stick until the drones stopped moving.

Mila poured an extra large cup of hellfire into the inner-cavity of the Minder, where it wasn’t armored, and actually got it to retreat several feet. She then hooked her free hand under Rodriquez’s arm and yanked her to her feet.

But, by then, more drones had arrived on the lift cars and their group was split between the trio of corridors that led away from the elevators. Mila shouted the order to evac and the team ran in three different directions.

Rodriguez pressed the button on the side of her comm unit and sub-vocalized into their private channel. “Can anyone read me? Its Rodriguez, I’ve found Sophie! She’s had a great idea for getting us out of here. Does anyone read? Can you rally on me?”

“No good,” she shook her head at Sophie as she reached for her belt. “The electronic dampening field is still interfering with our comms. I’ll drop a breadcrumb.” 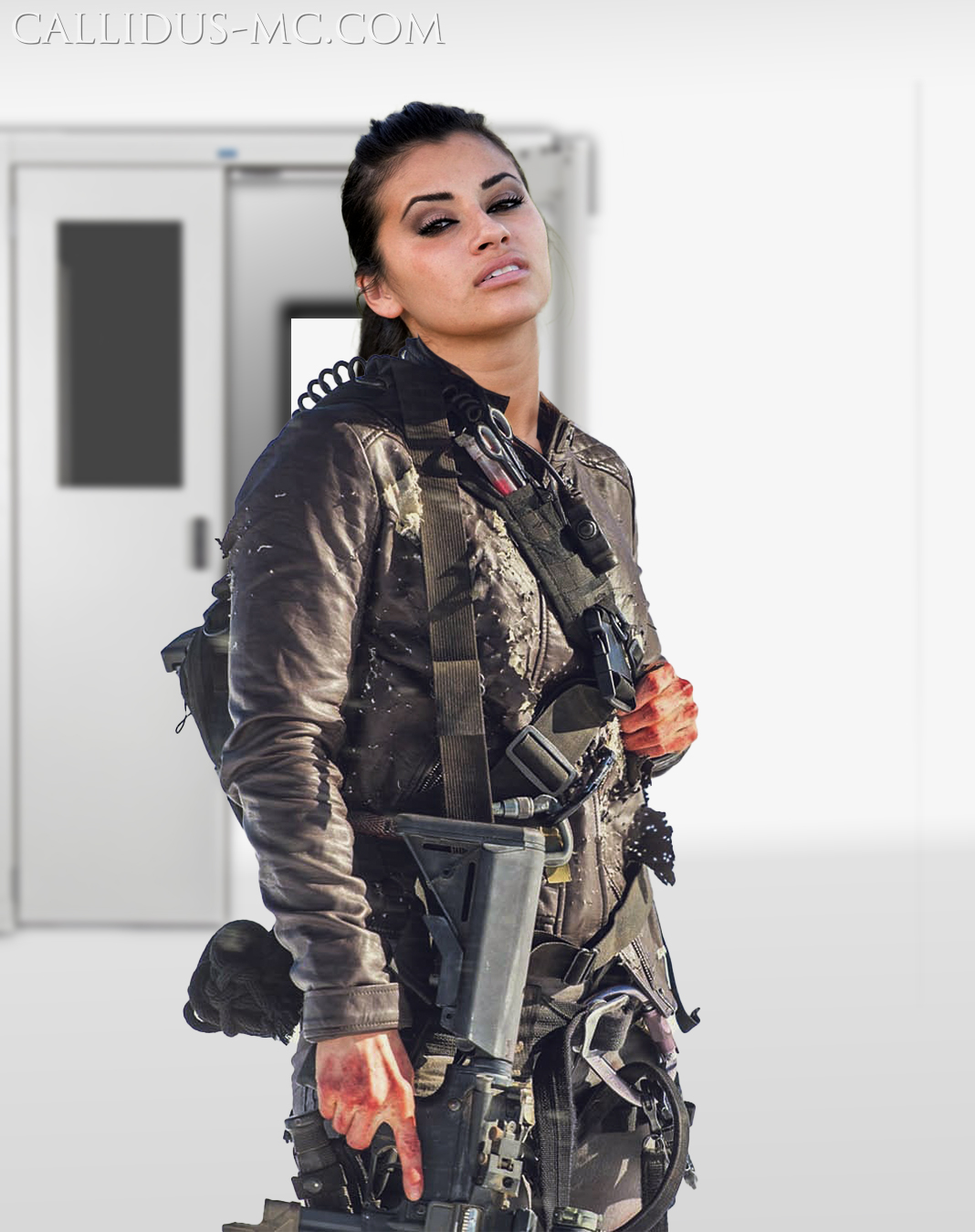 Rodriguez pulled a message chip from a pouch and tapped it against her mic. A diode in one corner started blinking red as the tiny wafer recorded her voice.

“This is Rodriguez at…” she checked the chrono at her wrist, “…twenty-two hours, thirty-seven minutes. I’ve regrouped with Sophie on the east side of the complex in a sub-level beneath the main loading area. When you get this message, look for us upstairs, we’re going to try and clear a path through the loading bay and secure our exit. I’ll have more instructions on the next breadcrumb which I will hide due north of this position. Message ends.”

Rodriquez scanned the all white room but there was nowhere to drop the stamp-sized device where its black housing, small though it was, wouldn’t be easily spotted. She glanced at the doorway and grinned in triumph. There was a small lip around the opening, just enough to hold the little gadget. She stretched on her toes and dropped it on the tiny ledge.

Once the chip registered that it had been set down, the diode flashed green once then went dark. Now it would be broadcasting her message on repeat into their private comm frequency until one of the other team members wandered close enough to receive it. The hive’s jamming couldn’t interfere with line-of-sight transmission.

She straightened her tactical harness and turned to Sophie with a smile. An hour ago the mission had suffered utter disaster but things were starting to turn around. Rodriguez waved her hand as she walked closer, motioning to the black latex that covered Sophie from head to toe.

“When did you get the idea to disguise yourself as a drone?” She asked the other woman.

She noticed then, for the first time, that there were lights flickering inside of the mask Sophie wore. 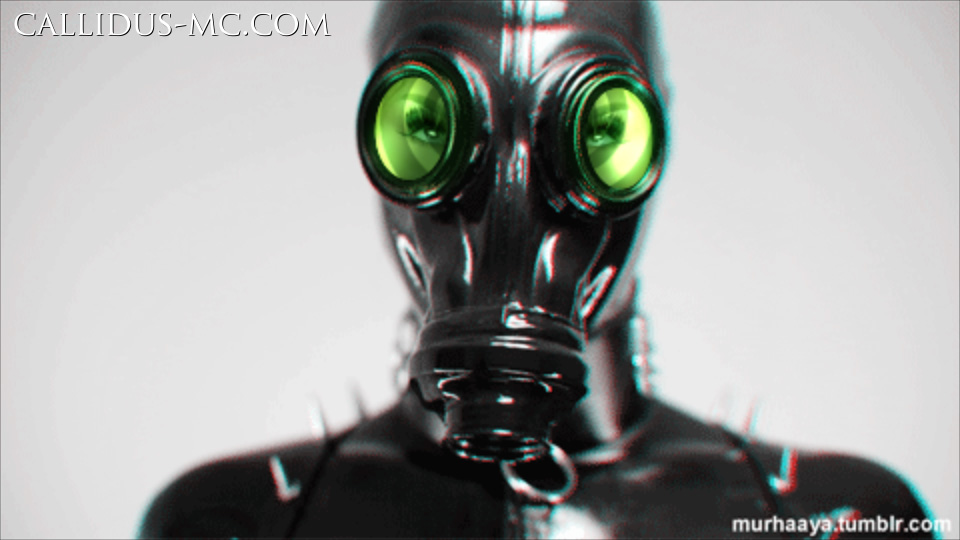 For as much image work as there is in this series, the first part (images 1-3) came together quite quickly. Once I’d completed the animation on Sophie inside the drone suit, I turned to the amazing world of cosplay to nail down some believable pics of her teammate, Rodriguez. As much as I love hive-infiltration fare, I’ve only hinted at it once before in my work. This is the first time I’ve actually taken a stab at this staple of mind control erotica.

If you can recall which image of mine I’m referring to, you might be pleased to discover that its now become a bit of a tease for upcoming events in this story. Any ideas? 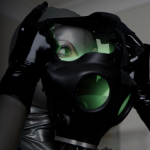 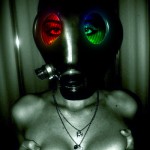 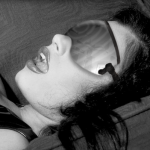 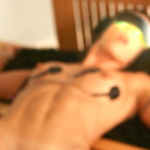 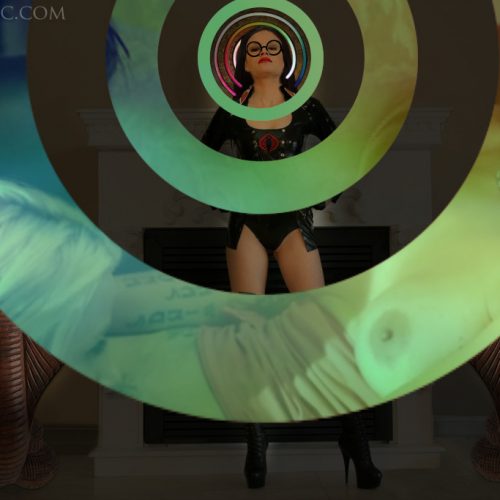